Turn a Female Friend into Your Girlfriend in 9 Easy Steps

By: admin
In: Dating 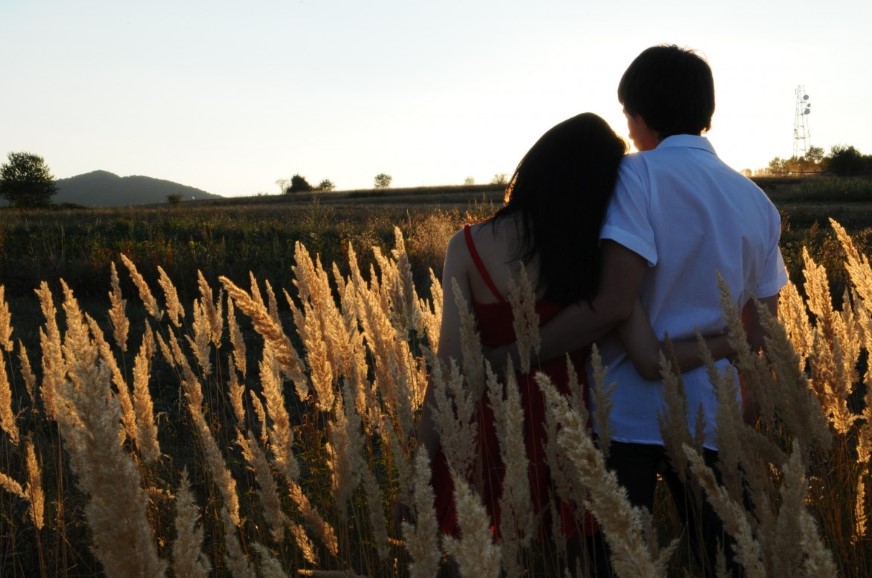 You’ve fallen in love, and you’ve fallen hard. She is the first thing you think of in the morning and your last thought at night. Just the sound of her name is enough to make you smile, and her voice is like music.

Okay, maybe I’m getting a little carried away. Suffice it to say that you’ve got a big thing for her, and you two would be perfect together. There’s only one thing stopping you…

She just wants to be friends.

You’ve passed what some would call the “point of no return.” You want to be more than friends, but she sees you as more of a brother than a lover. The thought alone hurts, but take heart, because you’re not the only guy to be found in this situation.

I won’t lie: Turning a friend into a girlfriend is somewhat of a challenge. She’s gotten to know you, and views you in a certain light. In order to become romantic, you have to change the way she sees you. In other words, you have to tap into the emotional side of her brain that screams, “I want him!”

The following are things you can do to make that happen. These methods aren’t fool proof, but if you want to take your friendship to the next level, they’re your only shot.

Here’s what you should do, from start to finish:

Most guys who have feelings for a friend are too hesitant to express their feelings, so odds are you haven’t done so yet. If you do pour your heart out to her, you’ll immediately make the dynamics of your relationship awkward. She’ll start acting weird, won’t call you as much, and create a distance. In short, just don’t go there.

So what do you do if you’ve already worn your heart on your sleeve? Work your hardest at acting casual, as though you really only have friendly feelings towards her. Don’t call as much, don’t give her longing stares, and remain laid back. You should also focus on the following two tips.

When a guy has a crush on his friend, he’ll do anything to please her. He generally acts out the role of a boyfriend by taking her out, paying her way, and listening to her on the phone, with one major difference…he gets nothing out of it. Things get really bad when she uses you to discuss her “boy problems.” It doesn’t feel fair, because it isn’t.

It’s time for you to draw the line, but do so in a nice way. When she calls, don’t pick up, and call her back in a few hours. If she wants to go out, tell her you’ve got other plans. In fact, it’s not a bad idea to let her know in advance that you’ll be busy over the next couple of months. Suddenly, you’ve gone from being taken for granted to being a novelty.

A lot of guys have trouble initiating this step. They feel they’re being selfish or cruel, but I beg to differ. First, women aren’t that blind. She probably knows you have certain affections for her, yet she continues to use you for personal means. To me, that sounds cruel. Second, you must understand that women are drawn to men who have busy lifestyles. If she has to work for your attention, she’ll appreciate it all the more once she has it.

The heart always wants what it cannot have, and this is certainly true for women. With that being said, get out there and flirt! Allow her to see you chatting with other females, and if a girl is attractive to you, ask her out. Just because your friend is all you ever think of does not mean you shouldn’t experience other women.

As soon as she sees you giving your affection to girls other than her, she’ll notice. Let her witness your sexual appeal to the opposite sex, and know that it’s triggering her mind to see you in a new light. She may or may not come around and act jealous, but believe me…she is.

Once you’ve gotten a life and shown her your desirability to other women, it’s time to start injecting some physical contact into your relationship.

I know you’re dying to kiss her, but hold off on the heavy stuff for now. Remember that you’re still just her friend, and touch her accordingly. Give her a hug, play-punch her, or place your hand on the small of her back while walking through a crowd. Make each move appear as though you’re barely thinking about it.

It’s essential to touch her if you ever want a romance with her. Consider it a baby step towards intimacy. She needs to grow used to the idea of your hands on her.

For years, you’ve agreed with everything she’s said. You’ve laughed at her jokes, and gone along with her opinions for the sake of impressing her. Take that idea, and switch it around now.

Women are naturally drawn to men who are confident and in charge. Know your own opinions and values, and don’t back down from them. When you stand your ground on any topic, you’re showing everyone around you that you’re secure in your own skin. Don’t back down, even if it means pleasing another person.

When it comes to your friend, let her know what you’re looking for in a potential mate. Elaborate by commenting on how difficult it is to find those qualities you seek. She’ll undoubtedly throw in her two cents, revealing what she likes in a guy, and the conversation will unfold from there.

As you listen, you’ll probably hear her unconsciously qualify herself for you. All of the traits you listed will suddenly be what she has to offer. While she may not realize it at the time, the seed has been planted in her mind, and she’ll likely think about how good you two are for each other.

The main reason why she just wants to be friends is that she doesn’t see you sexually. You need to change this, and a surefire way to do so is to have discussions about sex similar as on adultfrinendfinder.

Don’t be a pig about it, but fit it in where you can. Sexual jokes or innocent flirting usually go over well. You can also take things to the next level by telling her about a bad sexual experience you recently had. Not only does this make you a potential lover in her eyes, but it also clues her into the fact that other women are attracted to you.

She used to think of you like a brother, but she wouldn’t talk about sex with her brother, right? That’s the whole idea.

I want to elaborate more on talking with your friend about a sexual experience.

Since you and this girl are “just friends,” you should feel free to tell her about your sexual escapades. Pick one girl in particular, and tell your friend how amazing the sex was. Continue to say that you and this girl were friends before growing intimate, and that’s why you think the sex was top-notch.

Your friend may nod her head, or not appear immediately intrigued, but she is. She’s seeing you in a whole new light. Not only can you be a friend, but you can also be a lover…and a great one at that!

The problem you’re having now with your friend is that there’s no mystery. She knows that she can have you if she wants you. There’s not a question in her mind about it.

After you’ve made her see you in a sexual light, you have to pull back. It’s all about give and take. Call and ask her to go out one night, and then disappear for a few days. Shower her with attention, and then give it away to other women.

Give her a taste of what it’s like to be intimate with you, and make her want more.

Since you’ve made it this far in your plan, you can now become more intense with your flirting. Don’t overdo it though; just flatter her. You can mix a sexual innuendo with a joke. For instance, compliment her on her appearance, and tell her she’s “gonna be in trouble if you stare at her too long.”

This is an innocent way of indicating your attraction to her, but at the same time, you’re not pining over her either.

By this point, you’ve done all you can do to change the way she views you. You’ve made yourself a novelty, touched her, flirted with other women, and more. So what’s next?

Try hugging her, but stop and gaze into her eyes. If she holds your gaze, give her a kiss. If she doesn’t hold your gaze, you might want to hold off a little longer, or give in all together.

Don’t think about the kiss…just do it. If you think about it too long, you’ll either chicken our, or act too nervous in the process. Whatever happens afterwards will unfold naturally. At some point, however, you’ve got to see if your hard work was worth it.

Comments are closed, but trackbacks and pingbacks are open.